The tennis news (but not only) of the week: Kyrgios pranked and the Pentagon

We Are Tennis by BNP Paribas brings you the best of the past week, on but mainly off the courts. A week during which Tsitsipas wished Kyrgios a happy birthday, the Pentagon declassified some videos and Serena Williams played against herself.

And the Madrid Open has started! Well… only virtually, with 32 players facing each other on the game Tennis World Tour, and the joker Feliciano Lopez announcing that his fellow countryman Rafael Nadal had suffered fake back injury… As for real tennis, some media outlets announced that no official tournament should be played until August at least. Meanwhile, here were three good news to be cheerful about: New-Zealand was one of the first countries to announce that it had defeated the pandemic, nature is taking back Turkey as dolphins were seen in the Bosphorus, and Pierre-Hugues Herbert became a father. Here’s another announcement: Tsitsipas handed out Nick Kyrgios’ real phone number asking for people to wish him a happy birthday. After getting thousands of anonymous calls, surely his Australian buddy didn’t thank him for the surprise gift! 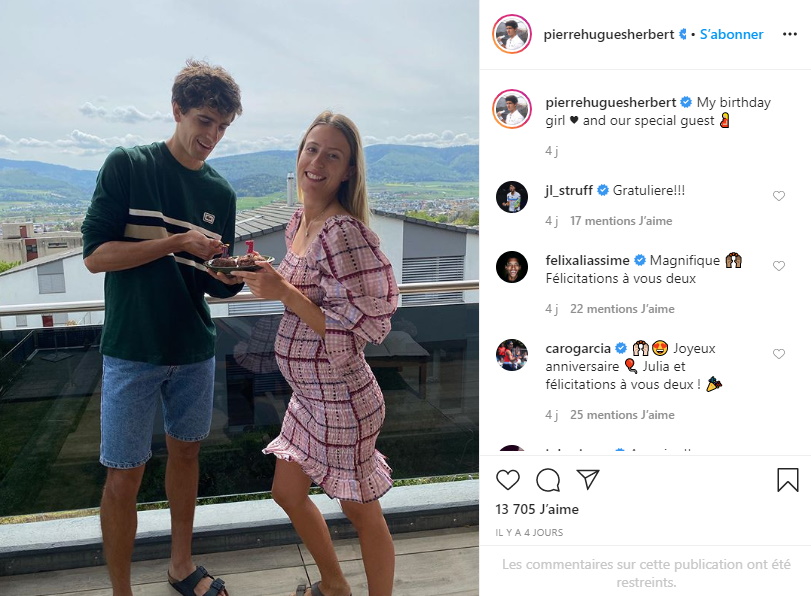 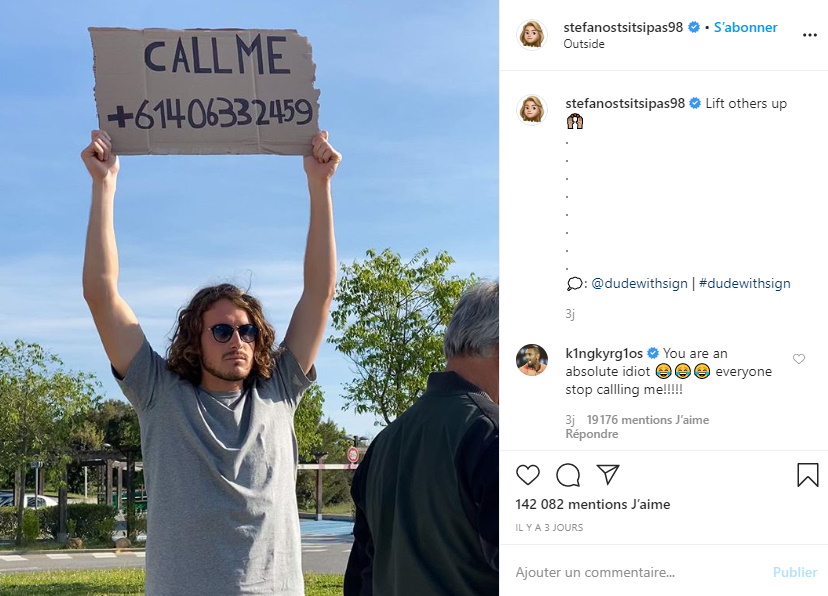 Spending their days in lockdown, tennis players are facing the same problems as everyone else, among which is the problem of hair growing endlessly. Mrs Djokovic fixed the problem with clippers, which she used to fix her husband’s Playmobil-like haircut, and the result actually looks pretty good! Tsonga, on his side, was quite bored, and decided to invent a new sport mixing tennis with basketball. To fight boredom, some players decided to think about how to get competitions to restart, and a possible fusion between the ATP and the WTA circuits, a project which Billie Jean King has decided to defend (« I’d love to see the men and women unite before my death »), just like Simona Halep (« it would make us stronger »). An initiative which, in any case, sounds smarter than the one which came from these Filipino parents which have named their children Covid, Corona and Lockdown, or of these French robbers which left the house they had just robbed but forgot their certificates of derogatory movement… 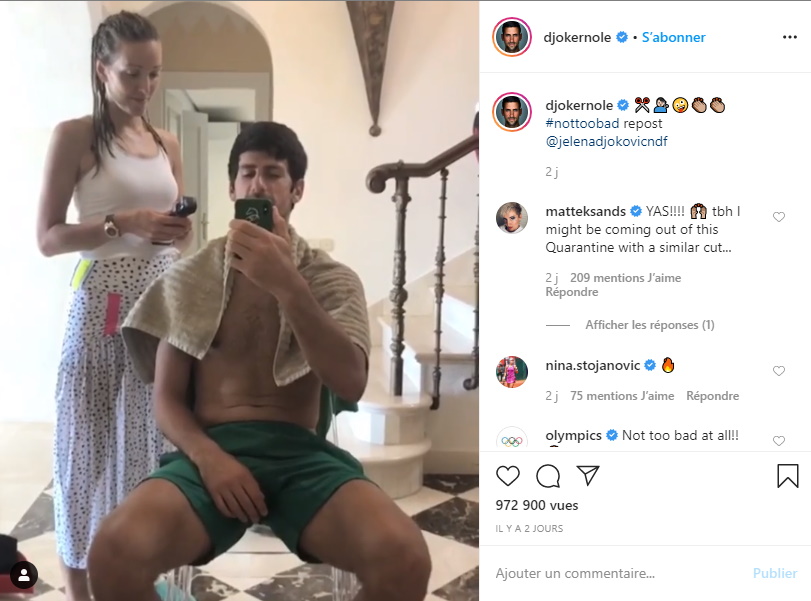 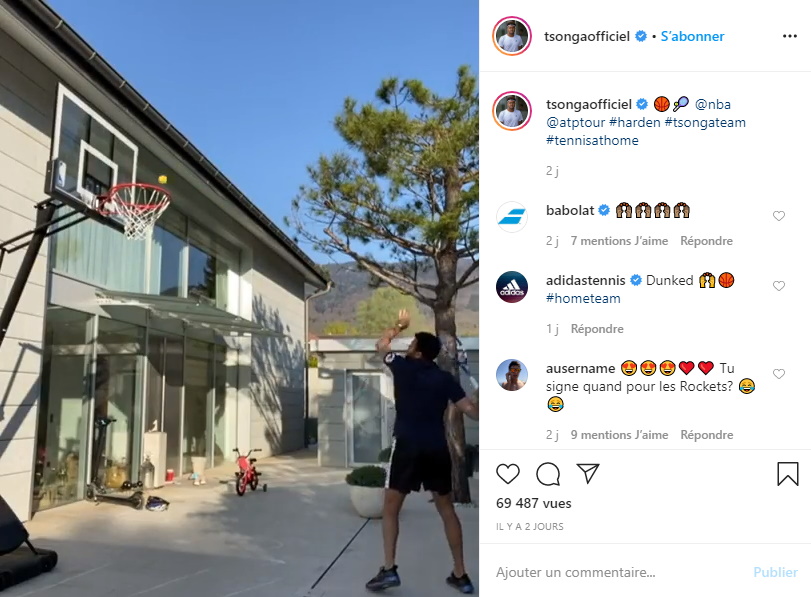 Do you need something to escape in these troubled times? No problem, the Pentagon is taking care of it, as it declassified three video archives showing some unresolved UFO cases. Still with videos: broadcasting live from his home, an American journalist got his webcam framing wrong and showed his audience that he was only dressed from the waist up… Fully dressed, on her side, Bianca Andrescuu played tennis on her gaming console, without great success. Nick Kyrgios, however, isn’t here to mess around and told off Dominic Thiem who said that he wasn’t in favor of redistributing the wealth of tennis to the players with lower ranks. The Australian may be hot-blooded, but that’s because he’s got a massive heart. 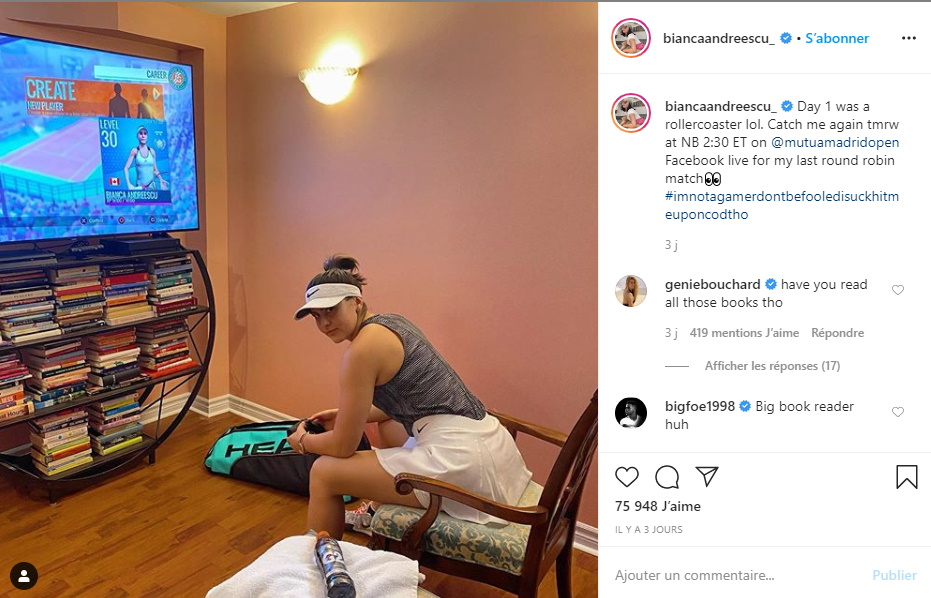 After Agassi’s 50th birthday yesterday, came another important birthday to celebrate: the British veteran « Captain Tom » 100th birthday, as he moved the whole country by managing to raise 31 million euros for the NHS. Andy Murray and Kiki Bertens will also be able to make a nice gesture: they each won 150 000 euros in prize money after clinching the virtual edition of the Madrid Open, and decided to give a good part of that sum to a relief fund for players facing financial problems. Serena Williams, on her side, doesn’t need financial help, but she’s starting to miss tennis a lot: the American filmed herself on Tik Tok playing against herself, thanks to some nice video-editing. 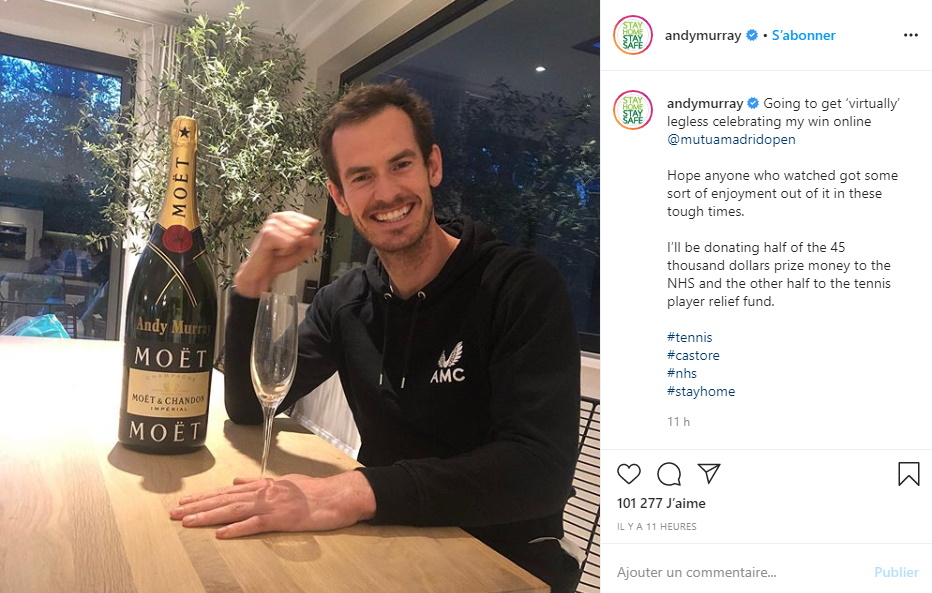 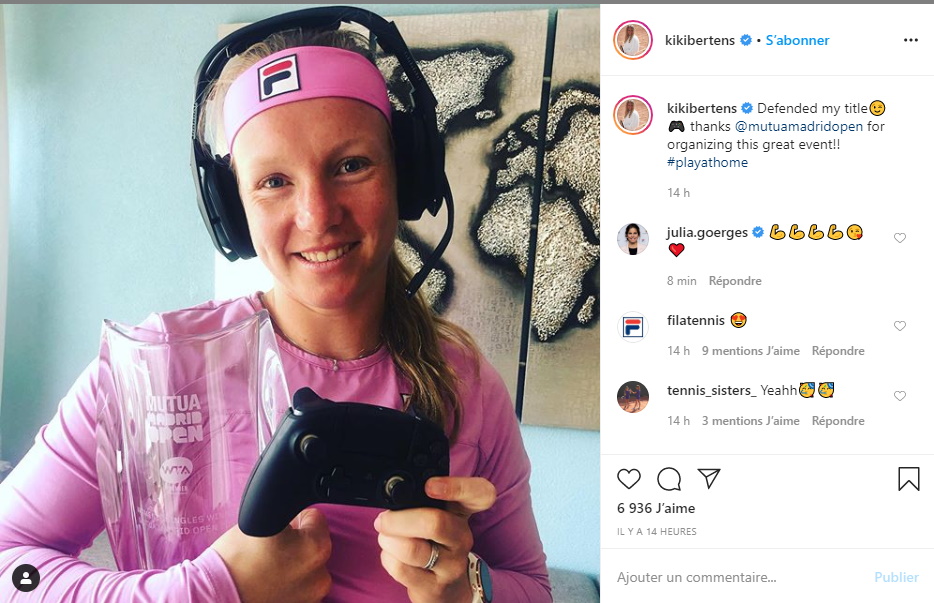 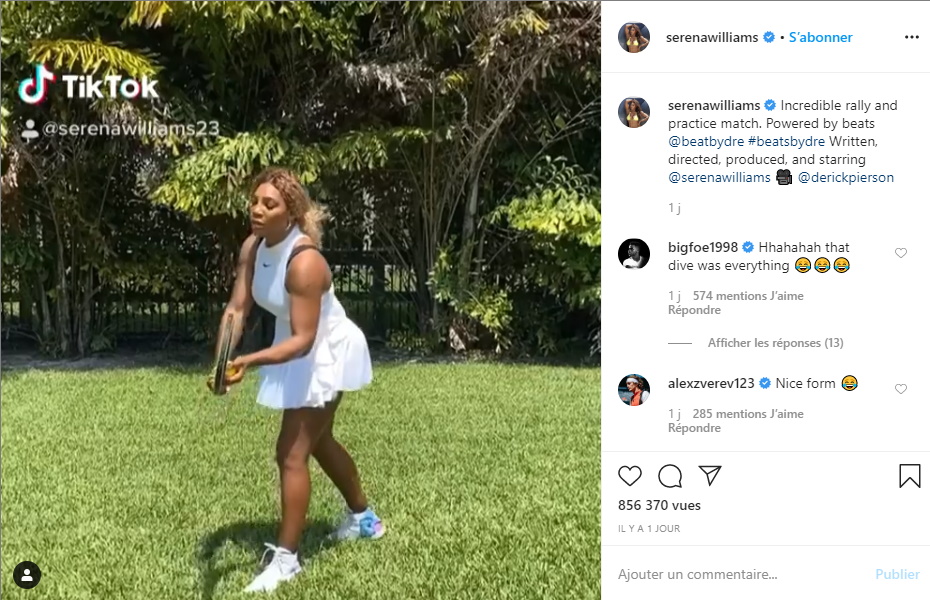 Tennis is almost restarting: in Germany, an exhibition tournament was held with local players, with no spectators or ballboys obviously. A similar initiative should take place in Miami from May 8th, with Matteo Berrettini as the top-seed. Slowly but surely, we’re starting to see what life after lockdown will look like: Karolina Pliskova treated herself with a short bike ride, while David Goffin went for fresh air in his home in Monaco. In more reasonable fashion, Cori Gauff stayed home and helped a relief fund by putting up for auction a one-hour personal tennis lesson with her, and a signed racquet. 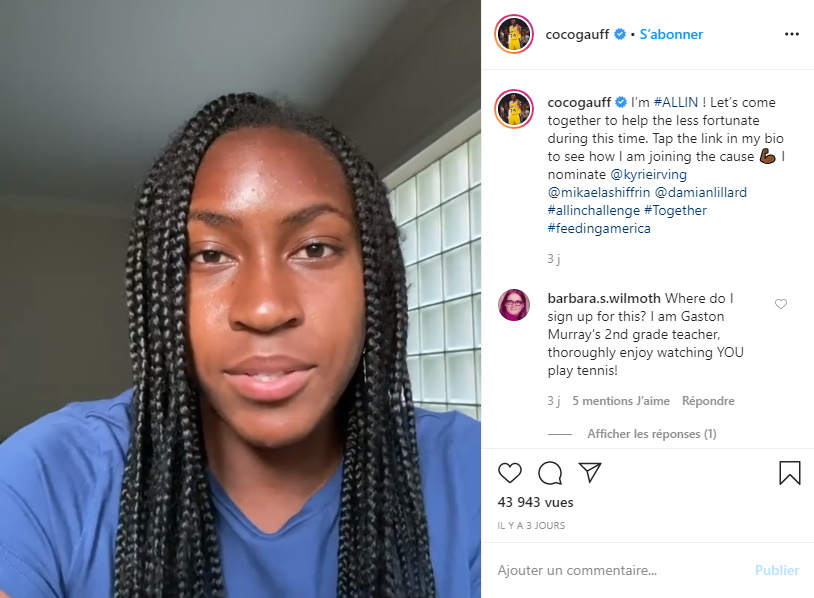 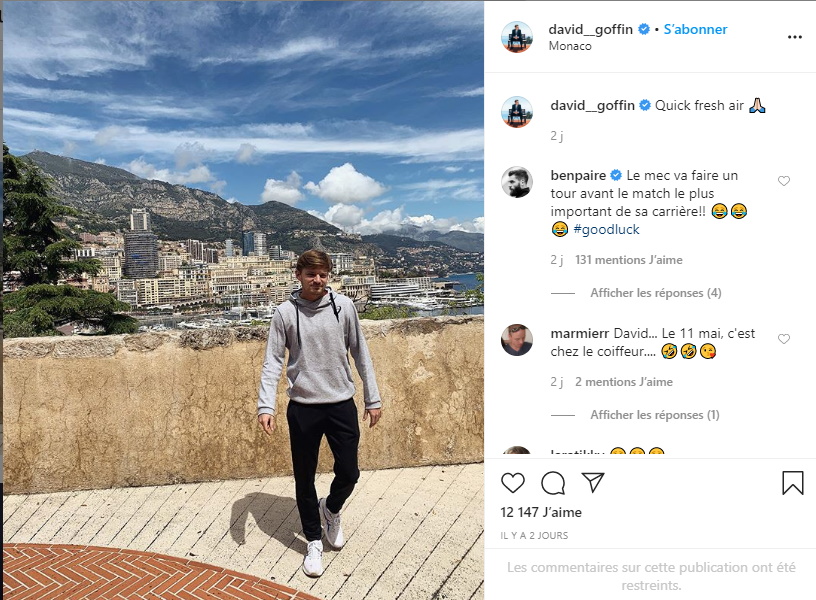 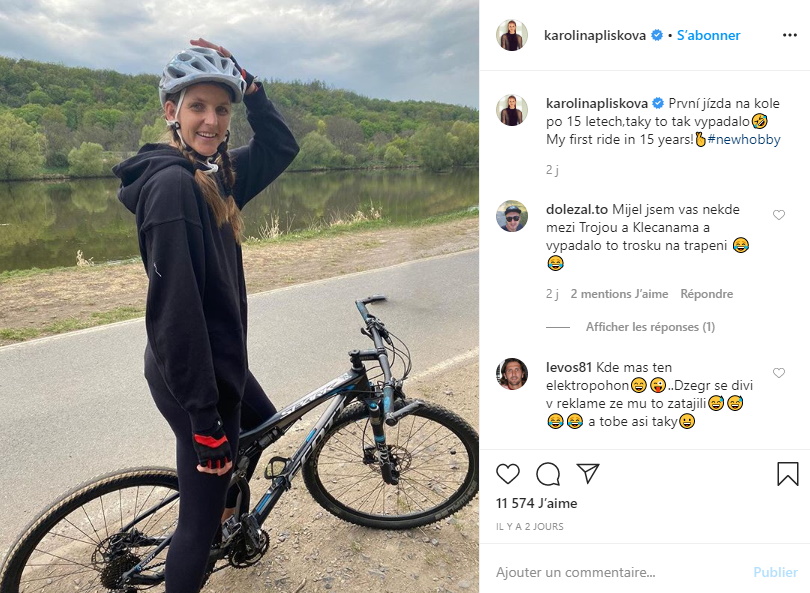 Careful with virtual house parties: a bunch of friends who were worrying as one of the group disappeared from his computer screen called the police. The policemen found the man drunk, and asleep… Meanwhile, Dustin Brown won the German exhibition tournament and the organizers of the US Open will decide mid-June if the tournament will take place as usual at the end of the summer. Wouldn’t it be nice to watch a bit of tennis?

Dustin isn’t the only one coming up with gold

Will we see Pauline Parmentier back on the court? Not sure: the 34-year old Frenchwoman said in an interview that this 2020 season should have been her last. And seeing how uncertain the return to competition is... Sepaking of which, Andy Murray is skeptical regarding Roland-Garros being played in September, as it is planned. Not everyone looks in a rush to getting back on the court, like Daria Kasatkina and Elina Svitolina who challenged each other on the social networks, or the good old Stan Wawrinka who is emptying his wine cellar during the lockdown! 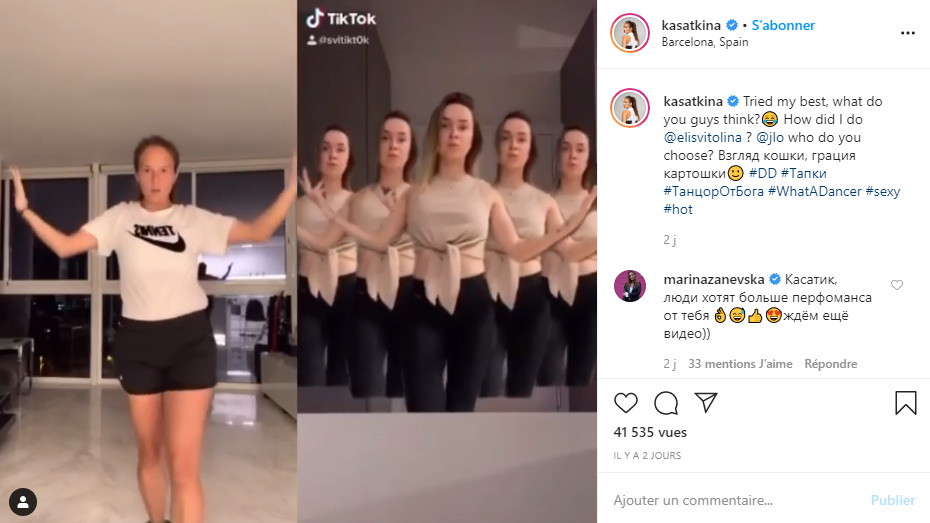 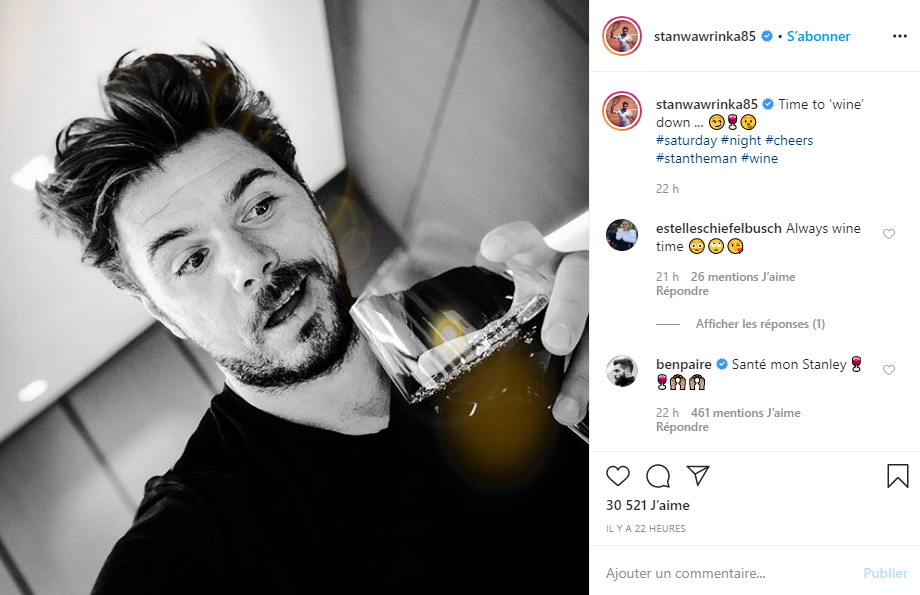