The tennis news (but not only) of the week : the US Open and Aretha Franklin’s funeral

The best of the past week, on and off the courts, day after day… With a very competitive first week at the US Open, a controversial outfit, French tennis’ depression and Donald Trump’s latest provocation.

The best of the past week, on and off the courts, day after day… With a very competitive first week at the US Open, a controversial outfit, French tennis’ depression and Donald Trump’s latest provocation.

It’s the first day at the US Open, but Roland-Garros is taking the spotlight with a controversy surronding the « Black Panther » outfit worn by Serena Williams in the last edition, which was criticized by the president of the French tennis federation. The champion received a lot of support, some of which was a little unexpected : for instance, Mahmoud Ahmadinejad’s, the president of the Republic of Iran between 2005 and 2013, who isn’t known for his love of fashion eccentricities…At the US Open, the world number 1 Simona Halep lost in the first round, like last year, and David Ferrer, for what should be his last appearance in Flushing Meadows, had to abandon against Rafael Nadal. It was also over quickly for the seeds number 8 (Grigor Dimitrov), 16 (Kyle Edmund), 19 (Roberto Bautista Agut) and 24 (Damir Dzumhur). A bad day for them, but also for José Mourinho, as his Manchester United team heavily lost 3-0 against Tottenham. Tough times for the Special One. 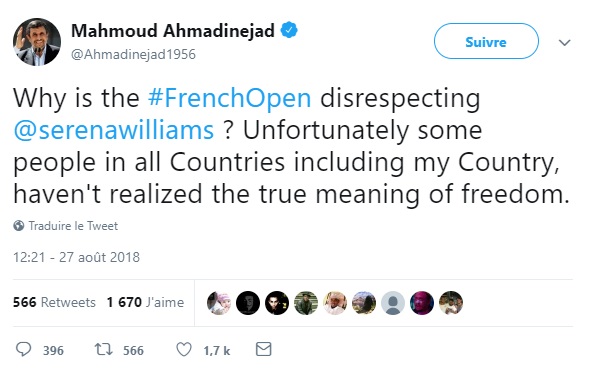 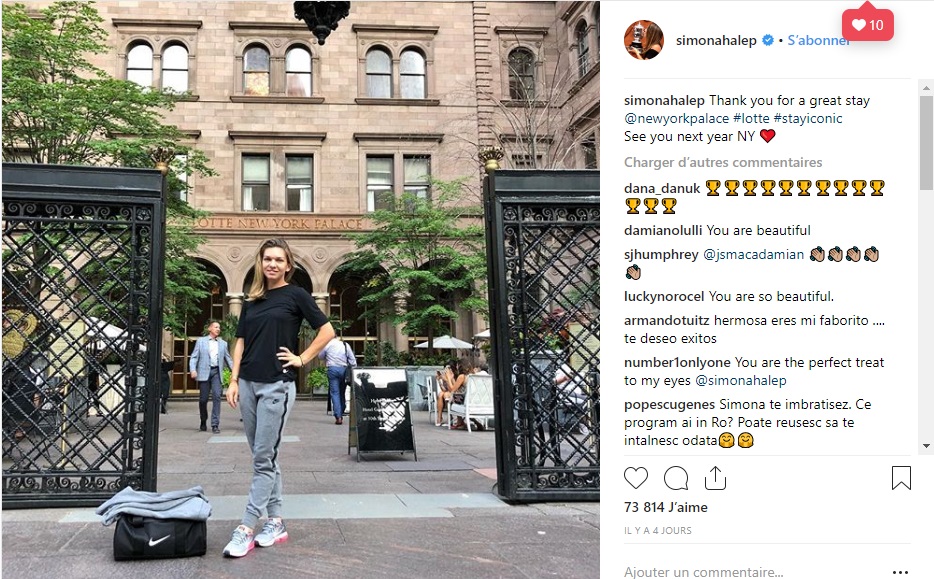 Nazi salutes seen during far-right demonstrations in the ex-East Germany, vaping increasing the risks of heart attacks and the French minister of Environment resigning, after feeling that general awareness on climate change has not progressed : we’ve seen better days than this August 28th. A bad day also for Roberto Carballes Baena, who won his first ever match in a Grand Slam tournament but injured himself on the match point…One of the rare ones to have a good day was Julien Benneteau, who pushed back his retirement at least for one morte match after defeating Marco Cecchinato in the first round of the US Open. #NeverEndingTour. 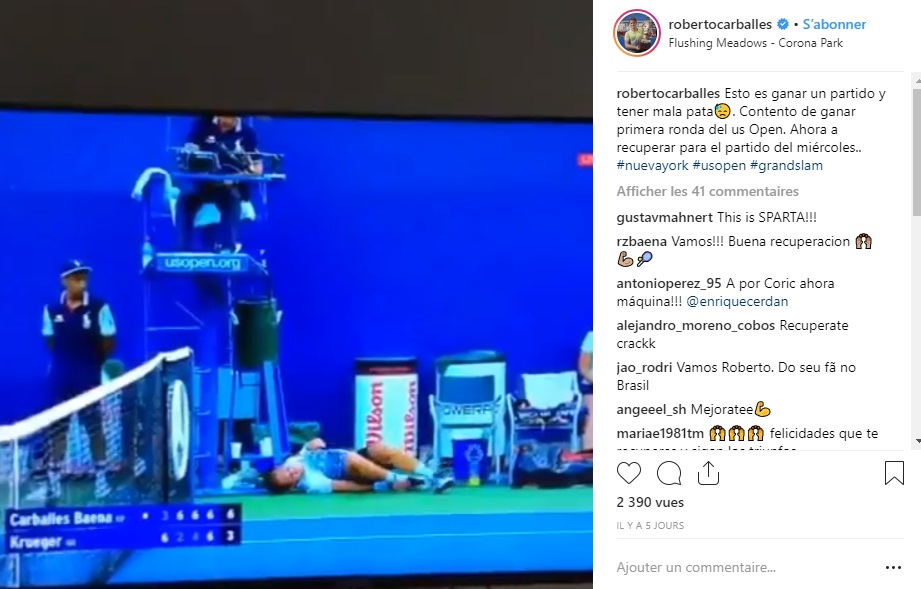 The scene appeared to be insignificant : Alizé Cornet noticed that her shirt was the wrong way round and discreetly tried to fix it, showing her sports bra for a few seconds. The Frenchwoman ended up receiving a warning for « unsportsmanlike behavior » (sic). Otherwise, it was still boiling hot in New York. The organizers were even forced to set some 10 minutes cool breaks during matches. A new rule which didn’t help Andy Murray, who lost against Fernando Verdasco. Well again, Scots and sun don’t really match…Juan Martin Del Potro had an easier time as he qualified for the third round, just like Dominic Thiem and Daniil Medvedev. In the women’s draw, Garbine Muguruza disappointed as she was knocked out by a player who went through the qualifying rounds. Ouch.

Ten finals played in the singles (all lost…), one Roland-Garros won with Edouard Roger-Vasselin in the doubles in 2014, a world number 5 spot in the doubles that same year, and many matches played in the BNP Paribas Davis Cup : Julien Benneteau played his last ever match at the US Open against the German Jan-Lennard Struff. Less class, the umpire during the match played between Pierre-Hugues Herbert and Nick Kyrgios overstepped his rights when he encouraged the Australian after a terrible first set. More flashy, the Forbes annual ranking listed the best-paid tennis players. For the thirteenth time in a row, Federer is at the top with 77,2 million dollars earned between June 2017 and June 2018. He’s in front of Nadal, Nishikori, Djokovic and Serena Williams, the best paid female player. Make it rain ! 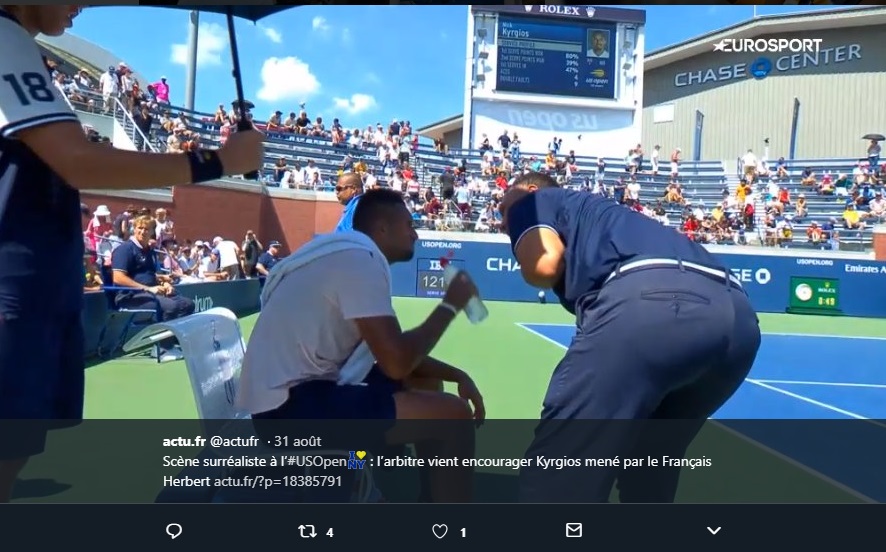 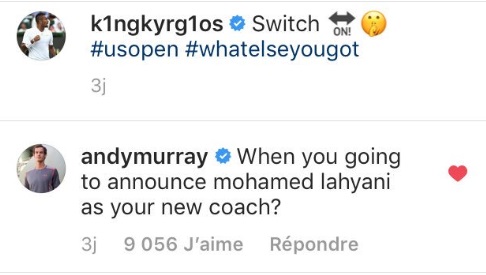 Serena Williams against Venus Williams : the duel between the two sisters in the third round of the US Open was highly expected but didn’t really live up to the expectations. The younger sister, who’s currently less highly ranked at the WTA ranking (seed number 17 against 16 for Venus), outplayed her sister, 6/1 6/2. Then again, we enjoy seeing Serena Williams pursuing her quest of records in Grand Slam tournament, wearing this lovely tutu, almost as if she was answering the controversy surrounding the outfit she wore in Paris…In the men’s draw, Anderson, Raonic, Isner, Del Potro and Nadal all qualified for the fourth round. If New York is, for this week and the next one, the capital of tennis, Detroit is the capital of soul music, with the queen Aretha Franklin’s beautiful funeral in her adopted city. RIP.

« It’s not a great season for french tennis. » Richard Gasquet, who was knocked out by Djokovic, summarized the situation pretty well. Not one French man has managed to reach the quarter finals of a Grand Slam tournament this season, a first since 1980. The complete opposite of Federer, who defeated Kyrgios, while in the women’s team, the carnage carried on for top-seeds with the defeats of Kvitova, Ostapenko and Garcia. Stephens, Svitolina and Pliskova are now the best ranked amongst the remaining qualified players. Still in the US, a great hommage was paid to the ex-candidate for president Joh McCain, without Donald Trump, who wasn’t invited by the family of the deceased, and who shocked the country after he was seen playing golf…Class, as always. 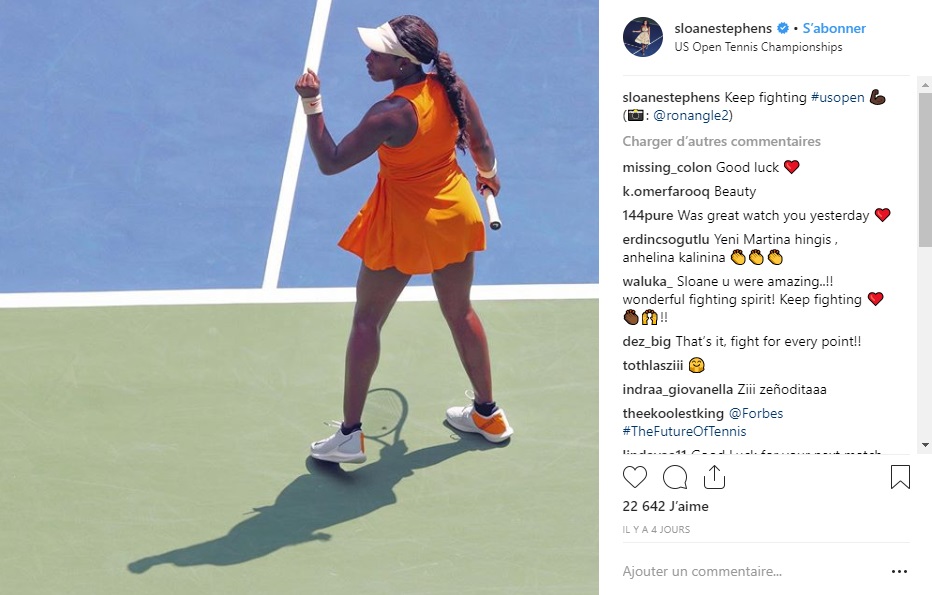 We know the four quarter-finals in the men’s draw of this year’s US Open : Rafael Nadal will face Dominic Thiem and Juan Martin Del Potro will battle against the local John Isner. In the other part of the draw, Roger Federer seems to have a highway to the final. Against Nadal maybe ? Let’s see. In the women’s draw,  Serena Williams, Karolina Pliskova, Sloane Stephens and Anastasika Sevastova also qualified for the quarter-finals. While waiting for the second week of the tournament to start, the summer holidays are over for most of us, so let’s wish everyone a good start of the school year, at least as good as Bernard Tomic’s, who reassured himself and his fans after winning the Challenger tournament in Mallorca. On Rafael Nadal’s turf. 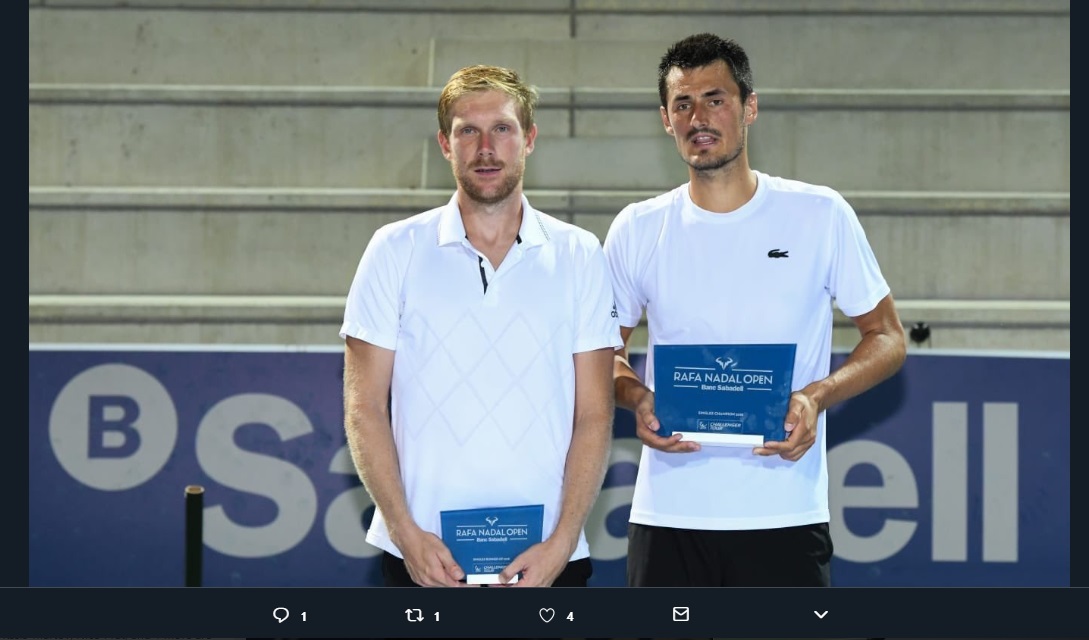 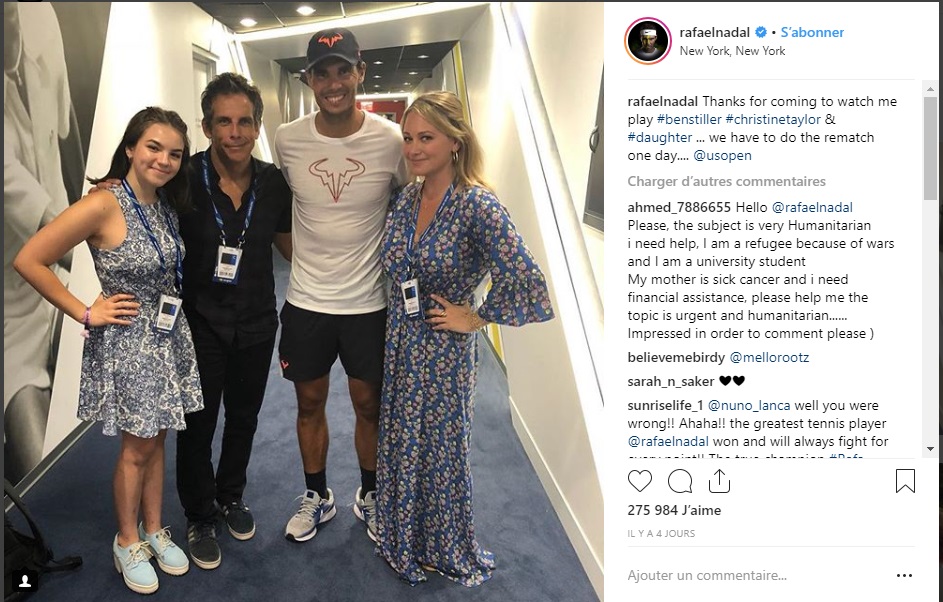