Monfils owes a kebab to Simon

Opponents in the final of the Marseille tournament, Monfils and Simon made a bet on a very special gift for the winner. Discover what it was by reading the tennis journal.

By defeating his mate in the final of the Open 13 in Marseille, Gilles Simon won his twelfth ATP title but he also won a… kebab. Meanwhile, Nadal changed his shorts at the middle of a match, Azarenka wore her socks inside out and Wozniacki turned up the heat.

Another week on top for Gael Monfils. First because the French was on fire in Marseille with a place in the final against Gilles Simon but mostly because of magnificent points such as this lovely drop shot.

That said, Monfils shares this first place with Gilles Simon, very good in Marseille and who understood the funny potential of Twitter by proposing a culinary bet to Monfils before the final. 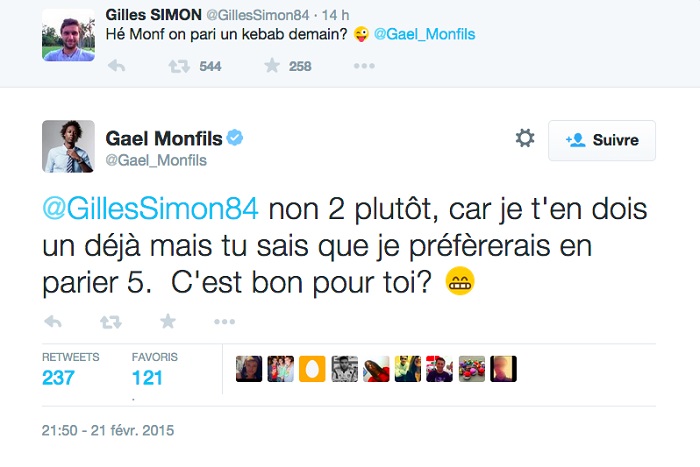 Not great for the diet, but the boys have been feeding on danger since their professional debut. Moreover, for this wonderful virtual exchange and their final in Marseille, we decided to reward the two jokers. The ATP has been stricter since it's Gilles Simon who won in straight sets: 4-6, 6-1, 7-6 and thus got home with a kebab... A full one: lettuce, tomatoes, onions.

The Dane doesn’t have the same results on the tour than when she was on top of the WTA ranking in 2010, 2011 and 2012 but she has the merit of being omnipresent off the courts. Famous for her talents as marathon runner, the player is now modelling. And not anything since it’s the "swimwear" collection of the famous American magazine Sports Illustrated. 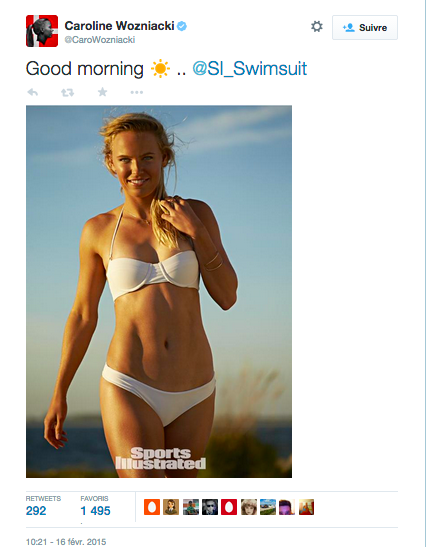 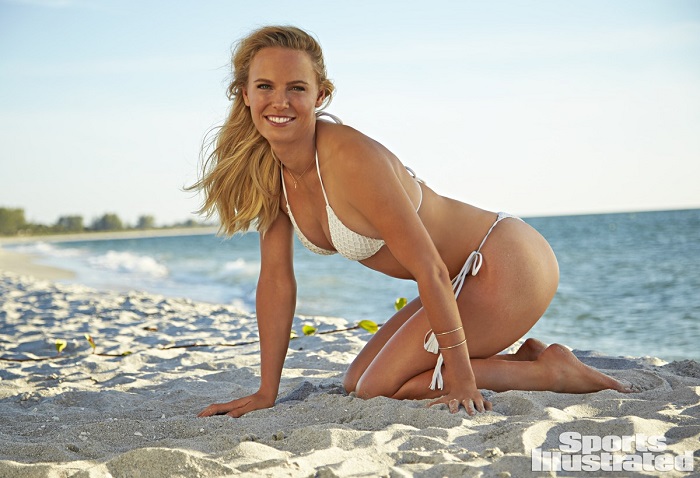 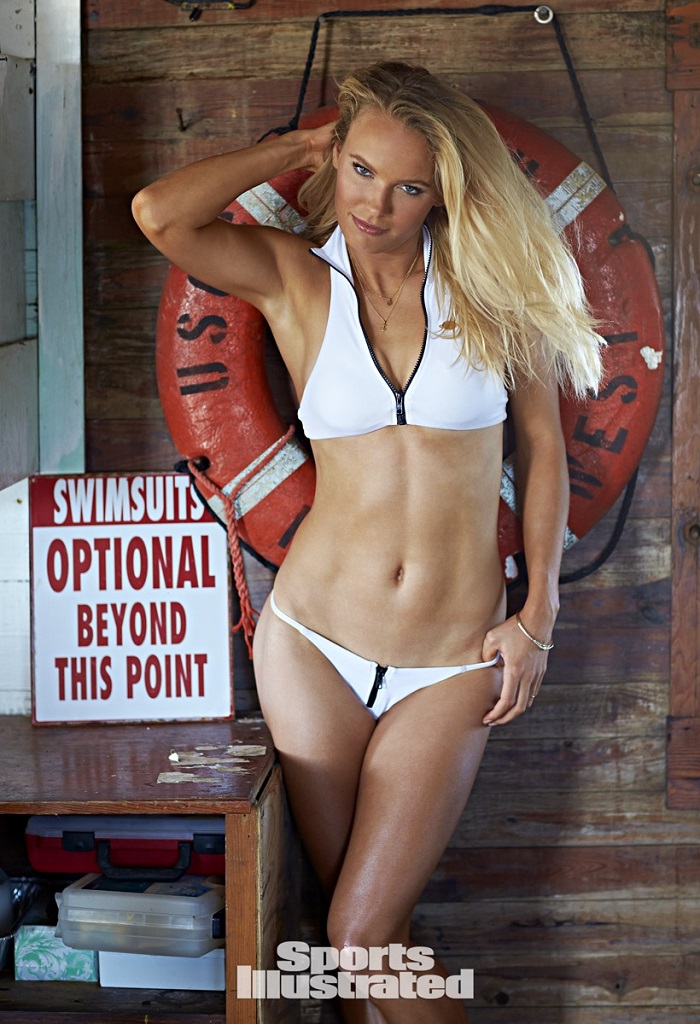 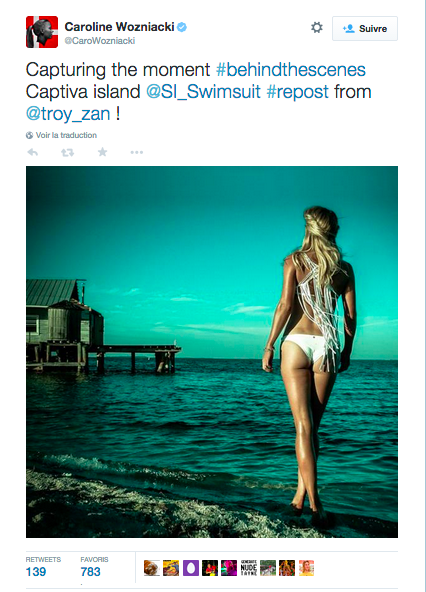 We truly appreciate it.

The Djoker doesn't fear anything or anyone. While he’s in Dubai preparing for the forthcoming ATP tournament, the Serb tried to train as he could, considering the local conditions. 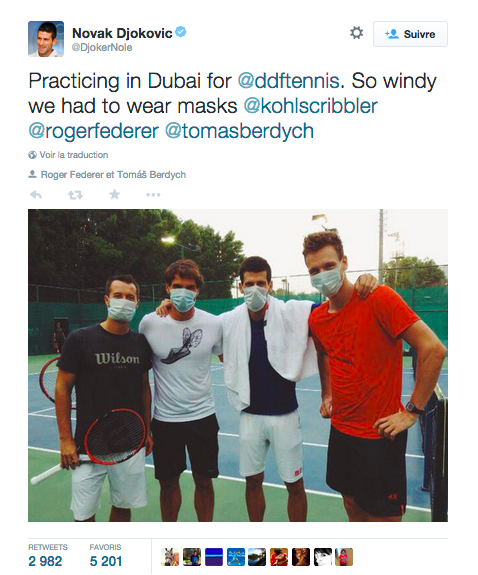 Between the wind, sand and masks, it wasn't easy. Even when your training buddies are called Federer and Berdych.

Since she won the Australian Open and announced her return to the BNP Paribas Open, the American is a freewheeler. Better still, she takes advantage of her free time and modest savings to enjoy big parties. Inevitably, she meets beautiful people. Whether it is the singer-actor LL Cool J… 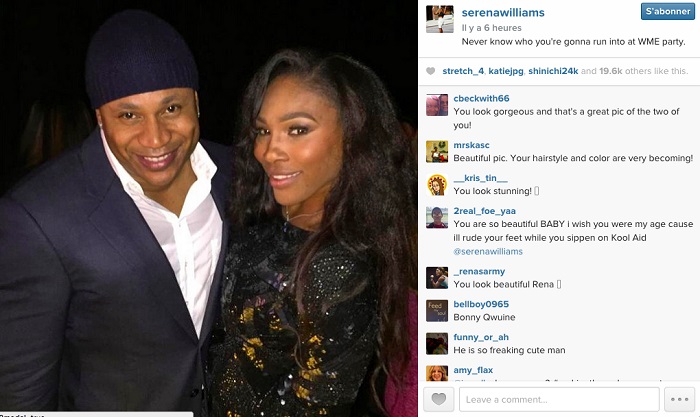 …Or the famous crooner Tony Bennett. Every time, Serena stops, takes her smartphone and asks the guests to come and complete her private collection. 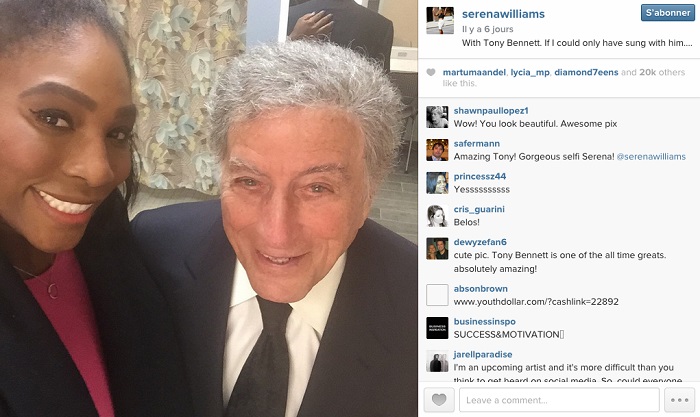 Like many girls on the women's tour, Vicka had chosen to ignore the latest tournaments to better prepare for Doha, which is starting this week. So between several intensive training sessions, the Belarus had some free time. That's why we were able to see her on the set of TV channel BeIn Sports before the Schalke vs. Real Madrid Champions League game. 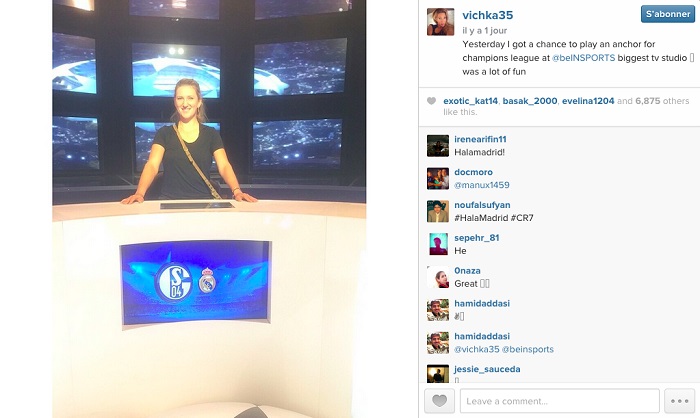 But it doesn’t seem to be such a good idea for her to stay up late. To be convinced, just look how the beauty resumed training the day after. By putting her socks inside out. 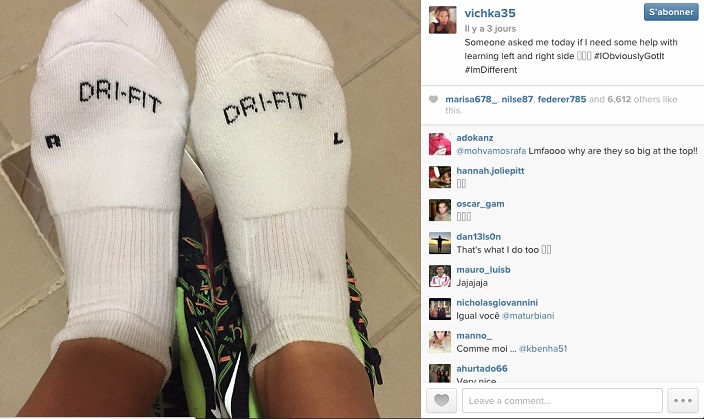 When the girls are choosing Doha, Maria, on her side, and as a tasteful woman prefers to prepare Acapulco in Mexico. Hard not to go her way when we see how she slummed in before the start of the tournament. It starts with a starlet arrival at the airport 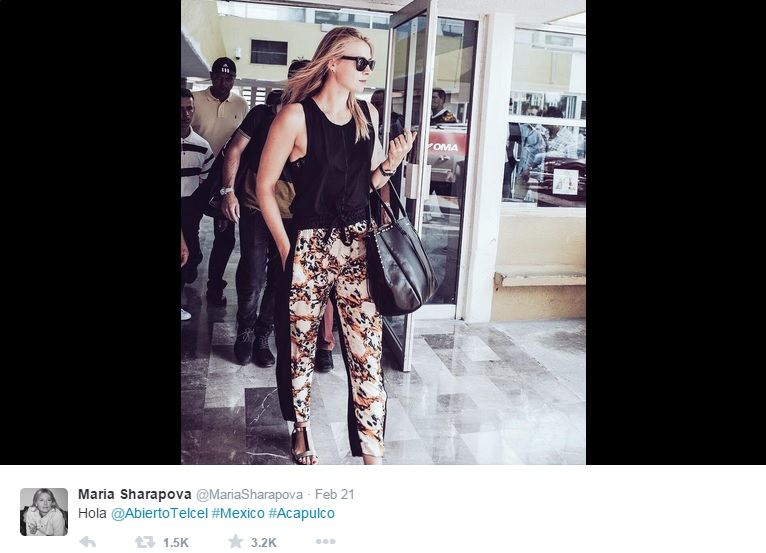 ...Before ending in a summer dress over the ocean to make jealous all her girlfriends who stayed in freezing Moscow. 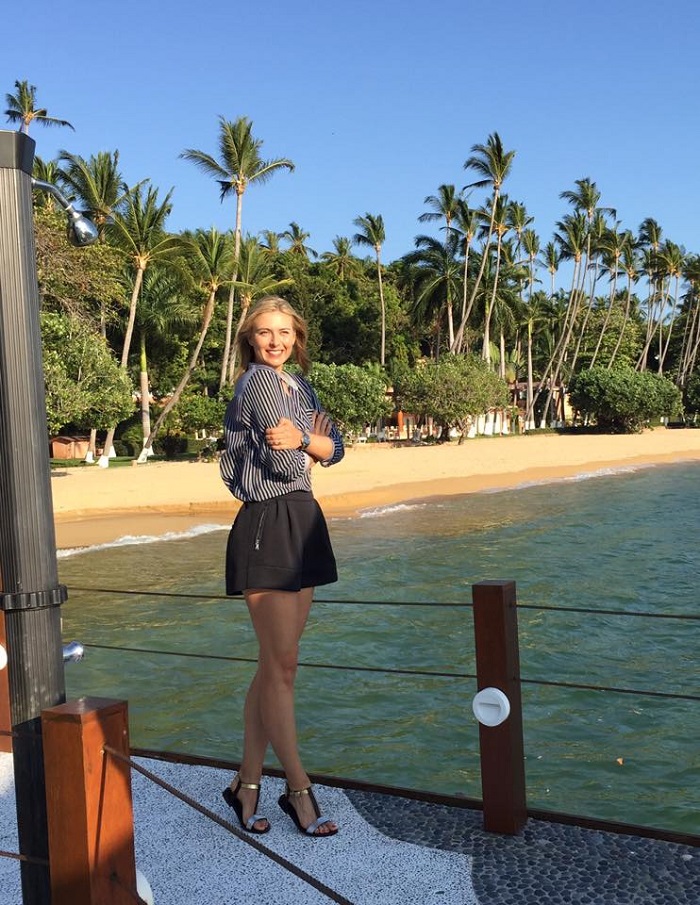 Maria loves to make us jealous.

Crazy week for the Italian since he won against Rafael Nadal in the semi-finals of the Rio tournament (1-6, 6-2, 7-5), while everyone thought that it would be a walk in the park for the Spanish player. In the final, the Italian had to deal with another Iberian. And not the least, since it was David Ferrer. Who finally beat Fognini in two sets (6-2, 6-3).

But Fognini had his mind elsewhere and especially in Genoa. A big football fan, the Italian wanted to send a message to Genoa, his favourite team, which was playing the "Derby della Lanterna" against the Sampdoria. Sadly for him, the match was postponed. 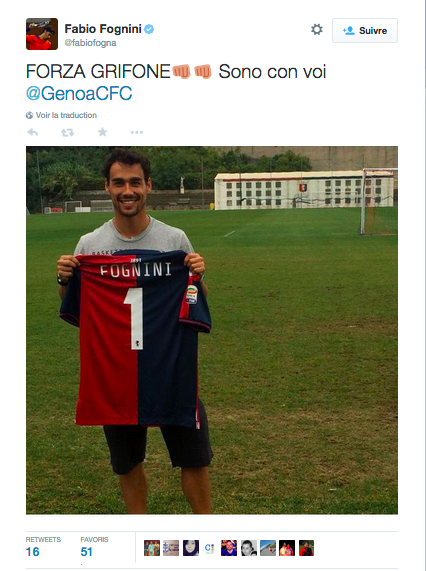 The Romanian reappears in our ranking thanks to her victory in Dubai against the Czech Pliskova 6-4, 7-6. A final marked by fairly technical rallies, and during which the Romanian walked on her opponent.

His talent won't be seen in Doha since the player has pulled out after her victory in Dubai. Too Bad.

Tough week for Rafa. In Rio, even if it never did anyone any harm, the Spaniard has still been a bit ridiculous. While he was playing against Cuevas and after equalizing one set all, the Majorcan went back to the dressing rooms. When he returned, he very quickly realized that he had put his shorts on backwards... Three games later and with an obvious embarrassment, Nadal decided to change in front of everyone. For the enjoyment of all the ladies.

But that's nothing compared to his semi-final lost against Fognini. Infuriated by the umpire, Nadal got upset. And when the lefty is angry, everybody can see it. And hear it.

While he's preparing for Dubai, the Scot still managed to make people talk about him. On Twitter, the Dutch journalist Wilfred Genee posted a picture showing a sheet scribbled by Murray at the last Rotterdam tournament. The sheet that the player was keeping on his bench was full of mental and tactical instructions to follow during the match. 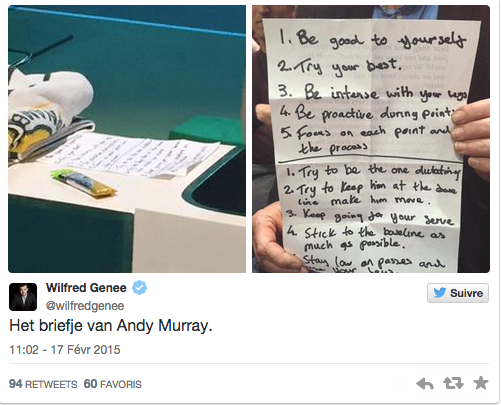 Another recipe but a less obvious one: the curry experience. Arrived in Dubai earlier this week for the tournament, the Scot has tried his hand at cooking during the Dubai Food Festival. Accompanied by the award winning chef Sanjeev Kapoor prepared a the dish called… The Murray Curry. 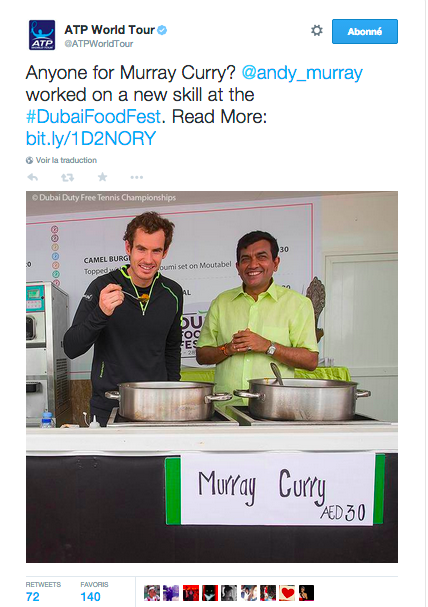 Away from the tour because of a long injury in 2014, the Spaniard is getting back in the game since January. After such a big break, the player is enjoying every moment. As proven by this tweet posted from Rio. 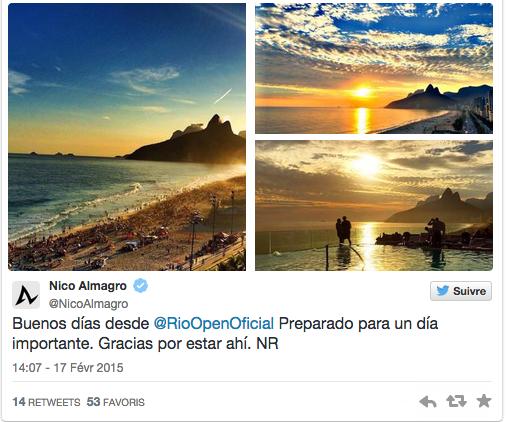 Sadly, he lost in the first round.

The Canadian didn't make much noise on the tour this week. And for good reason since she was off. However, she did work out. Between the changes of pace in the sand... 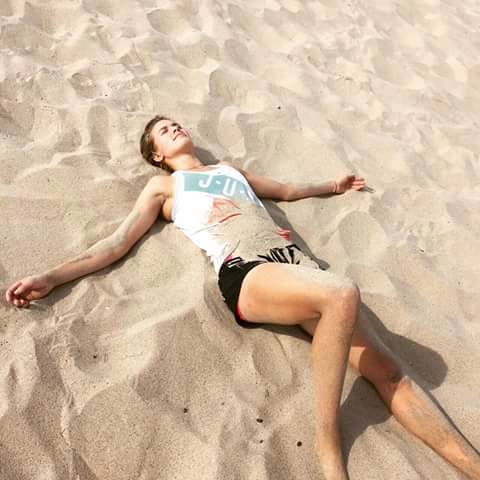 ...And the refreshing swim, the young player is ready for the rest of the season. Including clay courts tournaments. 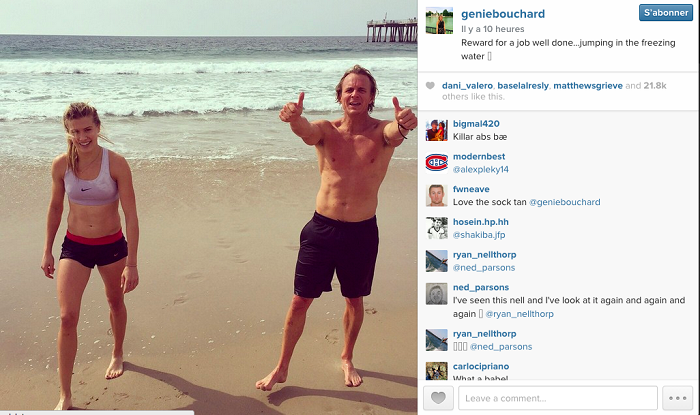 But let's not forget it, Eugenie is a young lady. She likes simple things. As teddy bears, actual polar bears and selfies. She has also initiated the idea on her Twitter for all her fans to take a picture with their teddy bears... for the needs of a sponsor (of course). 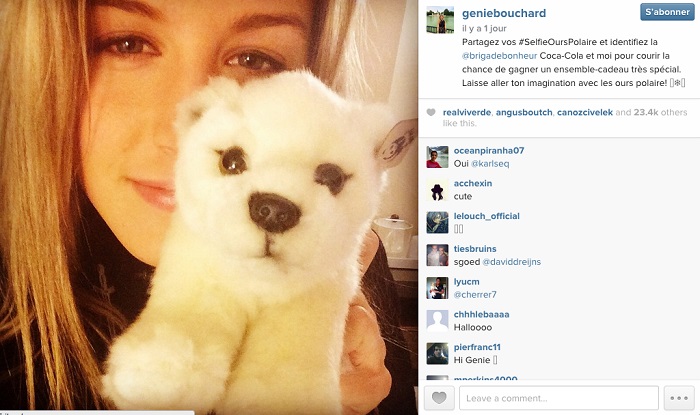 Defending champion in Dubai, Roger arrived in advance to familiarize with the weather conditions. But not only. The city of the United Arab Emirates was also organizing a Chinese New Year. Roger took this opportunity to have some fun. 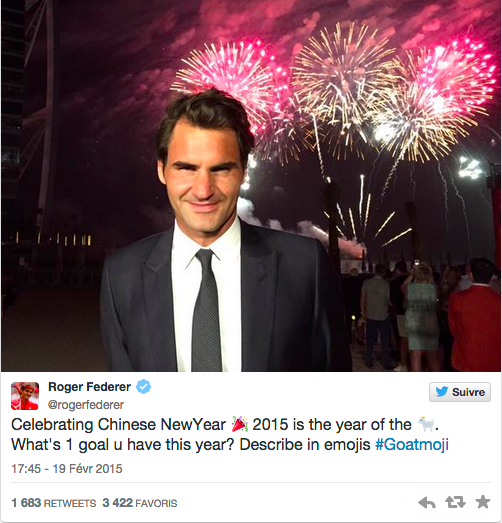 A year under the sign of the goat, let us not forget it.

Bob and Mike Bryan are amazing doubles players. But not only. At the Delray Beach tournament, the siblings also showed their musical talents. A good cover of Sweet Home Alabama and we can close the subject.

The Argentine resumed training, after a year without playing a competitive match. He deserved a little help and an entry in our ranking. 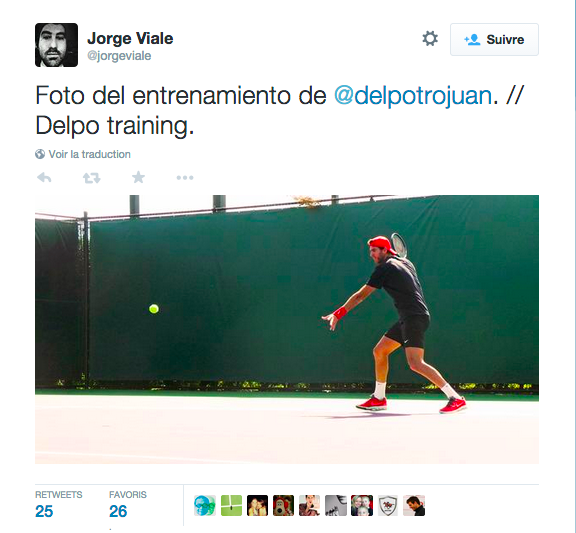