While the new edition takes place right now in Singapore, WAT decided to go back on the highlights of the 42 previous BNP Paribas WTA season Finals. With numbers, stats, champions, exploits, tears and funny stories.

The new edition of the prestigious tournament at the end of the WTA season is taking place right now in Singapore. Therefore, WAT magazine decided to go back on the best moments of the previous 42 WTA Finals. With numbers, stats, champions, exploits, tears and funny stories.

...18 winners and a record that will be hard to beat: that of 8 victories for only Martina Navratilova.

...9 different host cities, including the latest, Singapore, which will host the event until 2018.

...Several format changes before stabilizing in 2003 to a tournament with eight contestants divided into two pools of four, semi-finals and finals.

...Chris Evert winning the inaugural tournament but denied the check promised to the winner, because of her amateur status (and age at the time, only 17).

...The American Nancy Richey Gunter who was wearing sunhat, during the final lost to Chris Evert in 1973. Yes, a sunhat. 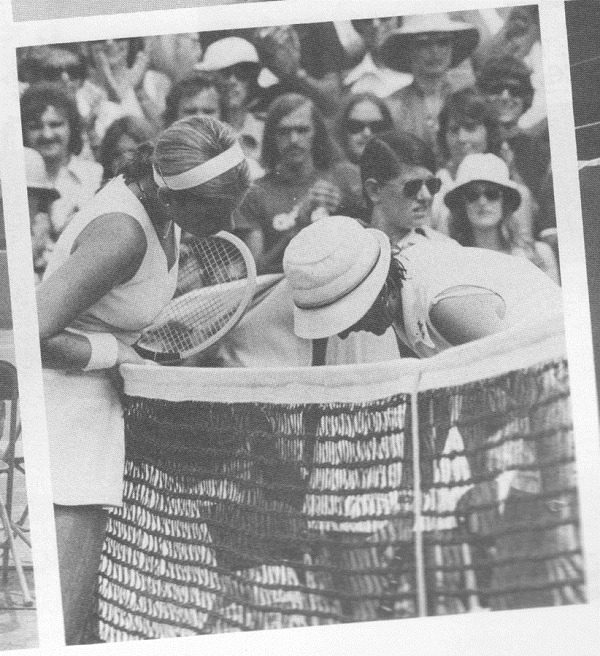 ...Two Masters organized in 1986 alone, due to the shift in seasonality underway, moving from January to November.

...The horrible trend of acrylic tracksuits.

...The tournament sponsored by a cigarette brand. 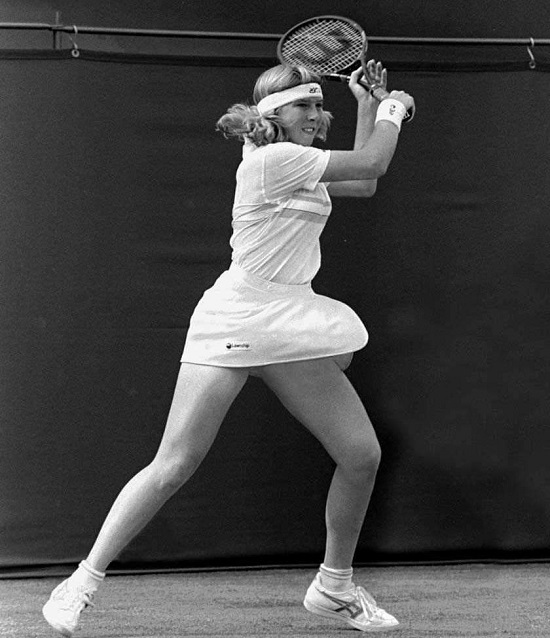 ...Gabriela Sabatini, 17, defeating in the quarterfinals of the 1987 edition the ogre Navratilova, who had played every tournament final since 1978.

...Navratilova winning for Czechoslovakia and the United States, Graf for West Germany then reunified Germany, Seles for Yugoslavia and then Serbia in war.

...Martina Hingis as the face of Sergio Tacchini. Women's tennis hasn't always been as sexy than there: 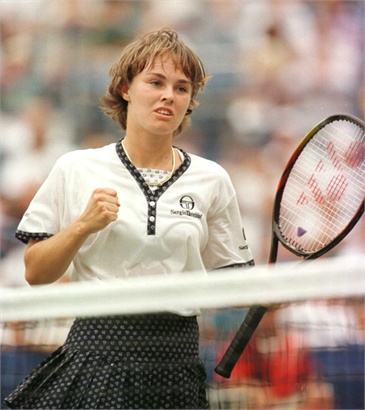 ...The tribute paid to Martina Navratilova in 1994. She was presented a Harley-Davidson as a gift for her last appearance in the tournament. A Harley that she will ride at the middle of the court, wearing a wolf t-shirt: 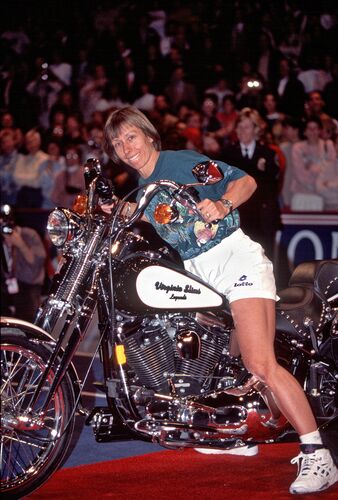 ...A memorable duel between Martina Hingis and Mary Pierce in the quarterfinals of the 1997 edition, won by the French.

...Russians squatting the tournament - 5 Russians out 8 participants in the 2004 edition - then disappearing: none in 2013.

...The Kournikova comet having one of her finest weeks as a tennis player during the 2000 edition: semi-finals in singles and victory in doubles with Martina Hingis:

... Jennifer Capriati's farewell to tennis in 2004, 14 years after her first finals.

...The false retirement of Kimiko Date in 1996, twelve years before returning to the competition.

...The real retirement on the other hand of Elena Dementieva in 2010 after a final defeat to Francesca Schiavone in the group stage.

...Those awkward moments when the winner poses for the camera with a big cardboard check and a lot of zeros on it.

...The trend of group photos in civilian clothes for the eight participants, very school photo: 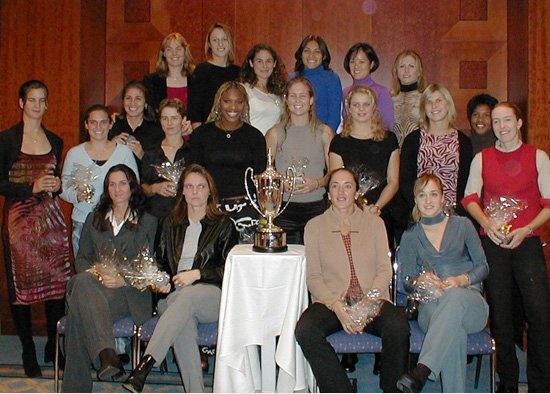 ...Maria Sharapova shutting down a controversy by saying "I don't care about what they sell," to the press when asked about the advertising campaign of the WTA in 2004 playing on the player's good looks.