Nadal goes for a makeover

Although the 2012 season has only just finished, the professionals are already gearing up for 2013. And, amazingly, Switzerland is actually seriously considering the idea of making her darling Federer her...

Although the 2012 season has only just finished, the professionals are already gearing up for 2013. And, amazingly, Switzerland is actually seriously considering the idea of making her darling Federer her international ambassador. Meanwhile, Serena Williams is chilling in the sunshine and Rafael Nadal got himself new glasses.

Roger Federer has to come to an exhibition in Argentina, and more precisely to Tigre, where he will face Juan Martin Del Potro. Except that the ticket prices have left aficionados of the little yellow ball infuriated. For the match, scheduled on the 12th of December, a standard ticket will cost at least £90 rising up to £350 pounds for the best seats. For his part, Roger Federer will get close to £2 million. Just to make ends meet.

For the promotion of his South American tour, Roger Federer is doing the rounds of the local TV shows. Passing through Brazil first, he gave an interview to the famous carioca host Felipe Andreoli and answered a rather unusual “True or False?”… [youtube]http://www.youtube.com/watch?v=CFy9Cw0AY38[/youtube]

It's not official yet, but earlier this week, the Swiss website 24heures.ch posted a scoop: Switzerland is seriously considering asking Roger Federer to become its international ambassador once his career is over. The player would be the perfect incarnation of the "Swiss excellence." Class.   Meanwhile, in the rest of the world…

Serena Williams left nothing to the others on the WTA tour at this end of the year. She took absolutely everything. So she's now enjoying a well-deserved rest at the beach. To illustrate it, she posted beautiful pictures of her curves to her Twitter before going for a swim. No complex for Serena... 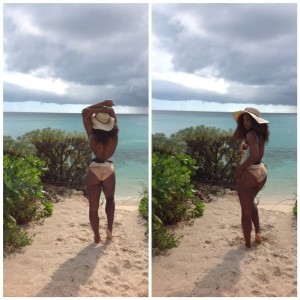 The style of the week

We’re still waiting for Nadal's comeback on the ATP courts. In the meantime, the Spaniard is perfecting his dress sense. Recently, he took pictures of himself with his little laptop and posted them to his Facebook account. Yes, Rafa has slightly customized his face: "My friends PokerStars will give you a surprise..." he posted in caption. No joke. https://twitter.com/RafaelNadal/status/270512027808698368/photo/1

Janko Tipsarevic is the most 2.0 tennis player of the tour. Even on holiday, the Serbian can't leave his smartphone. As proof - this little picture of the player, chilling on a sunbed in a place probably closer to heaven than hell… 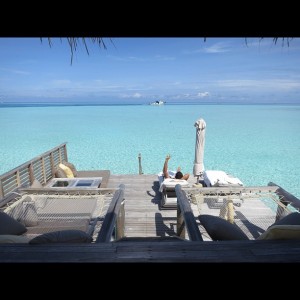 We know that Caroline Wozniacki is madly in love with her golfer, Rory McIlroy. Currently in the United Arab Emirates for the Dubai World Championship Tour, the Dane has not hesitated to pursue her darling, even during a press conference. She sat in the interview room, alongside journalists. So far, so good. Except that the former world number 1 wisely waited for her turn to ask a question to the golfer. First classic question: What does he think of the support received in the UAE? Second, more personal: What will he offer to Wozniacki at Christmas? Everyone was, of course, laughing at this exchange. Except that we still don't know what the golfer will give her...

The quotes that haven't aged one bit

The very serious website The Tennis Space listed the most memorable one-liners of the brilliant career of the former world No. 1 Jimmy Connors. The American played it tough, here are the best ones: - “People don’t seem to understand that it’s damn war out there. Maybe my methods aren’t socially acceptable to some, but it’s what I have to do to survive. I don’t go out there to love my enemy. I go out there to squash him.” - “I like to have the fans against me. I want to do everything I can to get them against me more. When they’re yelling at me, I really get into the match.” - “I was in the locker-room recently with five top-10 players. Not one word was said in twenty minutes. As I walked out, I said, ‘It was a pleasure talking with you fellows’.” Let's be honest, he's dearly missed.

The WTA is on a break until January. Meanwhile, the players are in full preparation to start the season well. In some down-time, Maria Sharapova didn’t forget her American fans who are celebrating Thanksgiving. The Russian posted a picture on her Facebook wall for the occasion. Disappointing though, there’s not a turkey on sight… 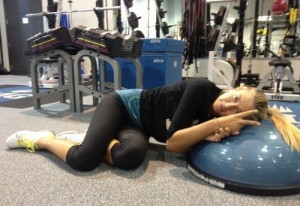