PLAYERS READY? PLAY. THE US OPEN

The US Open is ready to begin - the draw has been made.

The year’s final major, the US Open is ready to rock and roll. New York, the city that never sleeps will continue to shine on one of the biggest sporting events in the world and while it is always disappointing to be without any top names, Rafa Nadal and Li Na are out with injuries, there will still be no shortage of excitement and thrills.

The respective draws were announced and in both cases they are relatively even but let’s first look at the women’s side of things and for the top seed and defending champion Serena Williams, this is the last chance this year for her to redeem herself at the majors. She has not made the quarters at any of this year’s Slams. 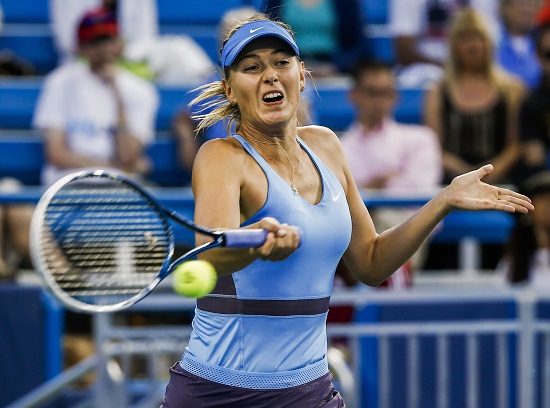 She will start against the highly personable teenage American lefty Taylor Townsend who was awarded a wild card. In the top half of the draw Serena has Sam Stosur, who she’s beaten twice in the last month, Ana Ivanovic which would be a quarterfinal match, Wimbledon champion Petra Kvitova, Victoria Azarenka finalist the last two years, and Eugene Bouchard. Will Bouchard continue to be the only woman to reach the semis or better at all the majors in 2014? She's in that position following the first three.

On the other side of the draw Simona Halep, the second seed shouldn’t be troubled till the third round, that’s if she plays Garbine Muguruza at that stage. A matchup between them would show quite a young age, but the opposite end of the scale has a first round between Kimiko Date-Krumm playing Venus Williams and the sum of their ages is 77.

Two Maria’s meet in the first round; Sharapova plays Kirilenko. They used to be very close friends but they have tended to go off in their own directions. Sharapova leads their series 5-2 but once before they played in the first round of a major, at the 2010 Australian Open and Kirilenko won.

Joining them in the bottom half are Aga Radwanska, Jelena Jankovic and Caroline Wozniacki. 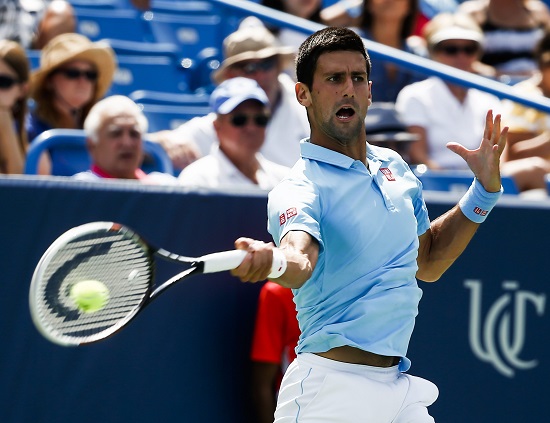 The projected quarterfinal line-up for the women is: Serena v Ana Ivanovic, Kvitova v Bouchard which is a repeat of this year’s Wimbledon final won easily by Kvitova, Kerber v Radwanska and Sharapova v Halep which was this year’s French Open final that Sharapova narrowly won. That was an engrossing match to watch, especially across the last set and a half.

And now to the men side of the event …

Novak Djokovic comes into the event admitting that he is underdone on matches having bombed out early in Toronto and Cincinnati, the only ATP Masters 1000 event to elude him. He starts against Diego Schwartzman of Argentina. In the top half with the world No.1 is Stan Wawrinka, who has not really performed at the Slams since winning the Australian Open,, Milos Raonic, Andy Murray and Jo Wilfried Tsonga.

Tsonga hit all the right levels in Toronto beating Djokovic, Murray and Federer but then collapsed in a screaming heap the following week in Cincinnati. The question is always about Jo’s consistency. Everyone knows he is a glorious player to watch and he can inflict so much damage but so often his free-spirited mind lets him down.

Across the other side Roger Federer will start his challenge for an 18th major by playing Australian Marinko Matosevic. Speaking of free spirits, Matosevic is well and truly in that category. He ended his stat of never having won a first round at a major at this year’s Roland Garros which was 13th time lucky for him and then repeated that effort at Wimbledon, but things are probably going to take a step back for the Aussie. 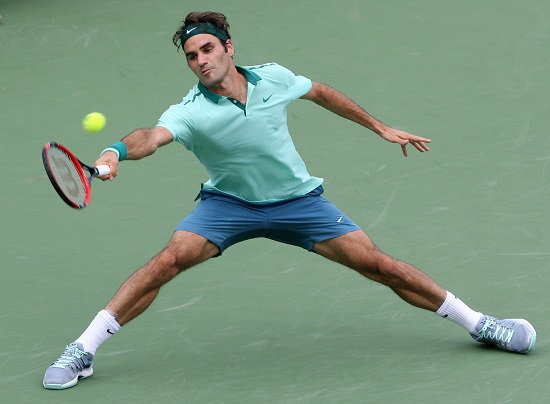 David Ferrer, Grigor Dimitrov, Kevin Anderson and Tomas Berdych are all in that bottom half. Berdych has one of the more fascinating first round encounters – he plays former champion Lleyton Hewitt and Berdych has won their two previous matches.

The projected quarterfinal line-up for the men is: Djokovic v Murray, Wawrinka v Raonic, Ferrer v Berdych and Federer v Dimitrov. If it all falls into place the way the seeds suggest, the quarterfinals will be incredibly fascinating.

5 months ago | by eli weinstein