The legend of Italian football, Paolo Maldini, is about to take part in his first Challenger tournament, playing in the doubles. But he’s not the first one to try a career change in another sport than his original one.

The legend of Italian football, Paolo Maldini, is about to take part in his first Challenger tournament, playing in the doubles. But he’s not the first one to try a career change in another sport than his original one, as other tennis players have done it before. With more or less success.

David Nalbandian surely didn’t have the career that his talent deserved. Having won eleven titles (but no Grand Slam tournament), the Argentine retired in 2013, after having suffered numerous injuries which pushed him back to the 231st spot at the ATP race. But Roger Federer’s ex-rival is not the kind to let himself go. After putting his racquets away, Nalbandian turned back to his passion for motorsports and tried his luck in a few rallies. Where he didn’t really have a successful spell : in 2015, he took part in the Rally Argentina with his Chevrolet, but had to abandon on the first day after a crash, before crashing again a year later, in 2016, this time in a very frightening way. Thankfully, the ex-world number 3 was more shaken than hurt.

Amélie Mauresmo, Tim Henman, Ivan Lendl, Paradorn Srichaphan, Ievgeni Kafelnikov, Nathalie Tauziat, Petr Korda, Guy Forget, Olivier Patience, Evgueni Kafelnikov… There are many tennis players who try their luck at golfing. But only few of them managed to actually perform in the sport. In truth, Scott Draper seems to be the only one. To the point where today, the Australian is known for his drive as much as for his forehand. It must be said however, that Draper never was a monster on the courts. His best-ever ranking in the singles is a 42nd spot at the ATP, but Scott has won the Australian Open in the mixed doubles in 2005. A year during which he took part in the Victorian Open, without having actually announced his retirement. Two years later, he won his first professional golf tournament at Riverside Oaks, in New South Wales, in his home country. Not many players can say the same.

Gerbault, the man who loved the sea

This is a name which the ones who are less than 50 won’t recognize. Alain Gerbault was a tennis player in the post-first world war era. He notably reached the final at Roland-Garros (in the doubles) and at the 1921 world championships. Even if he took part in the US Open in 1924 and 1930, or at Roland-Garros in 1931 and in 1932, he chose sailing in the early 20’s. He even became the first Frenchman to achieve a single-handed world tour, and the first to cross the Atlantic from East to West in the same fashion. A man who was addicted to individual sports, in a sense.

Lüthi, the indecisive one

Tennis or football ? Football or tennis ? Severin Lüthi spent the first 26 years of his life asking himself this question. Having chosen to hit the small yellow ball, the Swiss reached a doubles final at the Bossonens Satellite tournament, but never managed to go higher than the 622nd world spot in the singles. At only 20, Lüthi quit tennis to work as a seller…before turning to football. But never turning professional. He then became the assistant tennis coach of his country. And now coaches Roger Federer and Stan Wawrinka with Switzerland. He won’t regret questioning his choices.

Many will say that it’s not a sport. So be it. Boris Becker doesn’t mind and is still playing cards. As after his great career (six Grand Slam tournaments won, world number 1 in 1991), the German couldn’t live without the adrenaline. Or even without competing. That’s why, in 2007, Becker signed for the PokerStars team and became a professional Poker player. Wearing a cap on his head, Boris has already won approximately 80 000 with his playing philosophy considered to be aggressive. How much did he lose ? That’s another story.

34 minutes ago | by Mathieu Canac 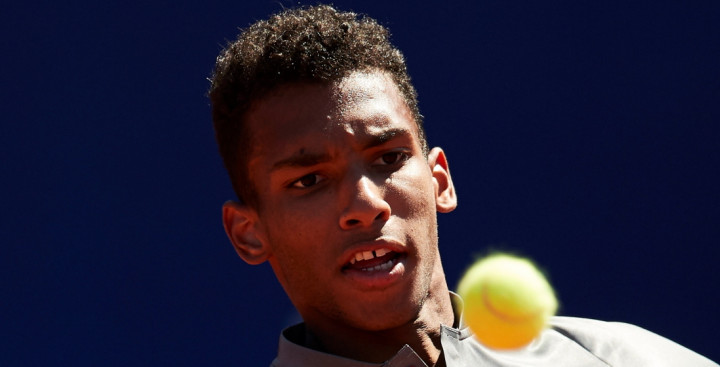